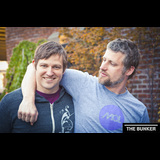 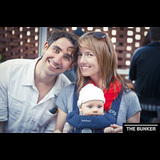 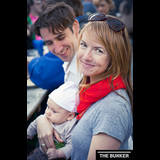 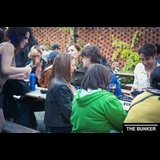 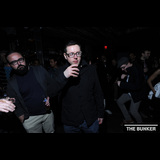 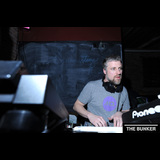 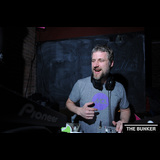 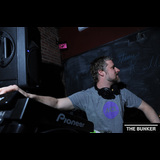 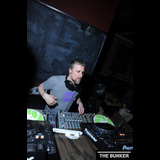 This Sunday we relaunch our Summertime Rolls event series after a four year break. We fell in love with Lorely, a German beer garden in Williamsburg, on our first visit. With delicious, affordable beers and food, a large outdoor area, and roomy dancefloor inside, it is the perfect place to pass a Sunday. If the weather is gorgeous, we'll roll up the garage doors to the outside area, and if not, we'll be inside under the skylight. Either way, we've got Derek playing the whole time.

Derek Plaslaiko has long been the resident DJ at The Bunker, and was widely considered to be one of the best DJs in New York during his stay here. Derek has a repuation for blowing up The Bunker whenever he appears behind our decks, often outshining the world famous special guests he's supporting. In 2010, Derek relocated to Berlin to focus on production and European gigs, and is already taking the city by storm. He has held down a residency at Club der Visionaire, and made appearances at Berghain, Tresor, and many other local clubs. His debut vinyl EP on Perc Trax came out in 2010 and was well received on both sides of the Atlantic, selling out at Hard Wax in Berlin and getting a really great review over at Halcyonline. Just last month, Derek released a collaborative 12" with BMG on Interdimensional Transmissions, which you hear and read about on their site. Fans of this record include everyone from Optimo to Zip (Perlon), and the limited vinyl is moving very fast, so we suggest you get on it.

Derek has long been a fan of playing extended sets, so when we asked him if he was down to play the entire 12 hours, he agreed without hesitation. We heard many DJ sets last year, but the absolute best one, hands down, was Derek's all night set at Inciting in Philadelphia in October. It was a nice reminder that, yes, Derek is one of our favorite DJs in the world and we are honored to have him as a resident at The Bunker.